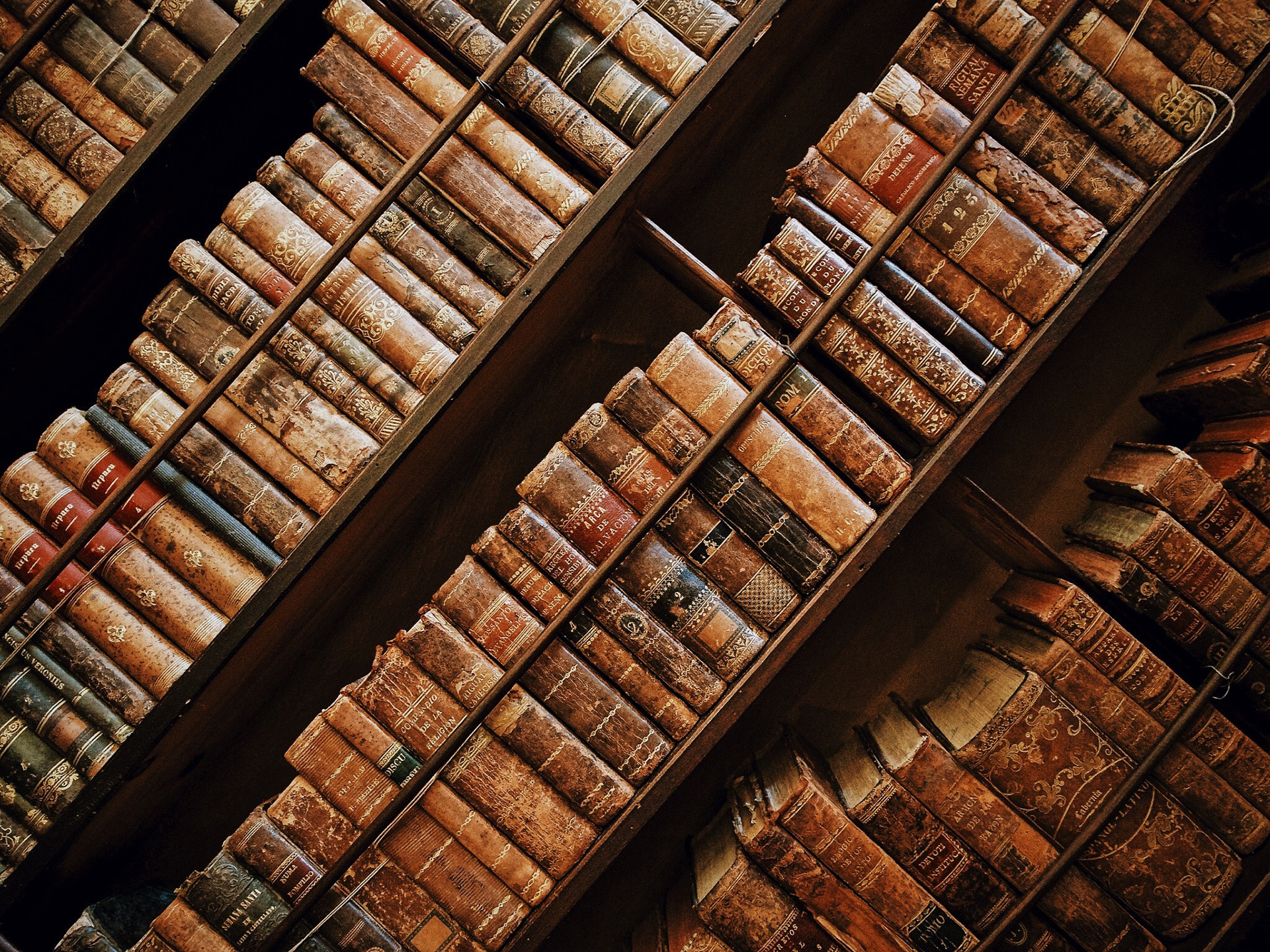 2016 – Grant for $1 million awarded to Church of the Nazarene from Lilly Endowment Inc.’s National Initiative to Address the Economic Challenges Facing Pastoral Leaders.

2017 – Launch of the COMPASS Initiative to provide financial literacy, management, and well-being programs, along with grants for debt reduction and retirement readiness to U.S. Nazarene ministers.

2020 – Phase II of the COMPASS Initiative expands programs and grants to Canadian pastors.

The Lilly Endowment Religion Division, based in Indianapolis, states, “We believe that the long-term vitality of congregations depends on excellent pastoral leadership, and our grants seek to ensure that congregations have a steady stream of wise, faithful, and well-prepared leaders.” The research they and many others have done revealed that there are significant economic pressures on ministers of all ages, and this economic pressure causes excessive stress and even hinders effective ministry.

In 2016, the Lilly Endowment invited the Church of the Nazarene to participate in its national initiative to Address the Economic Challenges Faced by Pastoral Leaders in the U.S. Under this initiative, the Church of the Nazarene received a planning grant to conduct research on the economic challenges facing Nazarene pastors, to gather existing information, and to bring together a constituency advisory committee to develop a coordinated response to these challenges.

Nazarene Research Services conducted a survey of U.S. pastors, associate pastors and lay leaders. The survey asked about the ministers’ financial challenges in their family, in their church, and in their leadership.  The research survey and other information gathered by the constituency advisory committee identified the following seven financial challenges facing Nazarene pastors.

The COMPASS Initiative officially launched at the 29th General Assembly in June of 2017, with the COMPASS Academy, an online collection of financial resources, and the COMPASS Journey, a self-directed one-year program of financial training, teaching, and practice. The COMPASS Journey began as a program for U.S. Nazarene pastors and full-time associate pastors who met certain economic criteria, offering financial literacy training and accountability at no cost. Upon completion of the yearlong Journey the minister was eligible to receive a matching grant of up to $5,000 to be used for debt reduction or retirement savings.

As news about the Church of the Nazarene’s COMPASS Initiative spread, more and more pastors applied for the COMPASS Journey. However, early feedback from some pastors indicated initial resistance to the Journey requirement to choose two lay leaders from their church as accountability partners for the duration of the COMPASS Journey. This concern led to extensive conversations among the COMPASS leadership regarding this requirement. In the end, it was determined that the potential benefit for pastors outweighed the potential risk, and the requirement remained. Yet, the pastors’ concerns were not dismissed. COMPASS leadership continued to consider what could be done to help those pastors who were unwilling or unable to find lay leader accountability partners.

In the meantime, planning began for the COMPASS True North Retreats. Curriculum was developed. Retreat personnel were recruited. Materials were produced. Then an invitation went out to the district superintendents in the Northwest and Southwest educational regions to nominate one or two pastors from each district to attend the premier True North Retreat.

The first True North Retreat was held at Point Loma Nazarene University (PLNU) in San Diego, California January 19-21, 2018, in cooperation with the Center for Pastoral Leadership at PLNU. Nine pastoral couples attended the intensive weekend retreat, and left with a one-year family budget and a two to three year debt reduction plan. Throughout the weekend, pastors and their spouses attended sessions on biblical stewardship, financial shame, and practical instruction on budgeting and debt management. In between the sessions, they had extended time to discuss their finances with each other and work together to create a family budget that included generosity, savings, and debt reduction.

At the end of the retreat, the couples were placed in cohorts of three couples with the expectation of monthly online meetings for the following year. These monthly cohort meetings provided regular accountability and encouragement as the couples implemented their new budgets and made significant changes in their financial behaviors. The entire process was life changing for many, creating honest friendships between clergy and establishing new financial trajectories for each pastoral family.

In the spring of 2018, Brian Kluth of the National Association of Evangelicals approached the COMPASS Initiative leadership with a proposal. He had developed two online courses for pastors, one on personal finances for pastors and the other on church generosity training for the pastor and their church leadership. Funding for his project was provided through a grant to the NAE from the Lilly Endowment national initiative to Address Economic Challenges Facing Pastoral Leaders. Kluth’s proposal was to offer a co-branded web page for the Church of the Nazarene to offer these courses to our ministers.

This was the solution the COMPASS Initiative had been looking for regarding some concerns that pastors had previously raised. The pastors’ personal finances course was designed for pastors and spouses to do together without any lay leadership involvement. The church generosity course would also help facilitate discussions between the pastor and lay leaders about financial and stewardship matters, which our research had indicated was a struggle for many pastors. Additionally, both courses would be available at no cost to Nazarene ministers. The COMPASS Initiative leadership accepted the NAE proposal and their courses were branded as the COMPASS Quest.

The COMPASS Quest launched in September of 2018. All of the program resources were online and could be fit into the ministers’ busy schedules wherever it was convenient. The six-session personal finances course could be done over the span of six months and was also less rigorous than the COMPASS Journey. COMPASS leadership decided that all senior pastors and full-time associate pastors in the U.S. could receive matching grants of up to $1,000 upon completion of the personal finances course. The church generosity course was also available for the ministers and participation was highly recommended.

Throughout the spring and summer of 2018, the COMPASS Initiative programs, resources, and grants were promoted during many district assemblies. Information was sent to district superintendents and the Center for Pastoral Leadership at Nazarene Theological Seminary encouraged participation among its alumnae.

Several other denominations and organizations that had received a grant from the Lilly initiative to Address Economic Challenges Facing Pastoral Leaders had been noting a significant number of ministers who were quite resistant to the financial transparency required in our respective programs. Some suggested the resistance was an issue of pride for the pastor. Others, including COMPASS, suggested it was shame.

To explore this further, the COMPASS Initiative applied for and received an additional small grant from Lilly Endowment to convene a collaborative roundtable discussion with a variety of Nazarene specialists. The group included Dr. Frank Moore, Dr. Doug Hardy, Dr. Todd Bowman, Rev. Roland Hearn, Rev. Larry Morris, Rev. John Comstock, and COMPASS directors Dr. Stephen Borger and Rev. Bonnie Beam. In August, the COMPASS Initiative convened the first roundtable discussion on the topic of financial shame among Nazarene clergy and a possible Wesleyan-Holiness response to such shame. This was a two-day roundtable where the group discussed the topic of shame from psychological, emotional, sociological, and theological perspectives. Further discussion included how shame manifests in the area of personal finances.

A second roundtable was held in November 2018 where a practical response was developed. The result was the creation of a retreat model for pastors and lay leaders to attend together called “Authenticity in a Culture of Masks.” It was designed to facilitate self-discovery and to begin conversations among pastors and lay leaders about financial matters and any shame associated with them, while creating safe spaces for vulnerability and authenticity to flourish.

Two more True North Retreats were held in the fall of 2018. One, for the pastors in the south central and north central educational regions of the U.S., was held on September 14-16, 2018 in Lenexa, KS. The next TNR was for the eastern educational region and that was hosted in Baltimore, MD on October 19-21, 2018.

Promotion of the COMPASS programs continued at the M19 Conference held in Kansas City, MO in February 2019, where COMPASS also presented a workshop on the topic of financial shame. Concerns for pastors such as shame about personal debt, student debt and lack of savings were presented, along with the potential negative impact this can have on a pastor’s ability to lead a congregation or to follow God’s call into any ministry setting.

Once again, COMPASS staff attended various district assemblies and presented the COMPASS Initiative programs throughout the district assembly season. A steady stream of applications came in; however, there was also a significant portion of participants who were failing to complete the programs. Additional follow-up procedures were implemented to encourage renewed and ongoing participation.

Early in 2019, the Lilly Endowment Religion Division invited the Church of the Nazarene to submit another grant proposal to continue and expand the COMPASS Initiative for another three years, as the current grant period was ending December 31, 2019. A proposal was submitted in August, which included continuing the COMPASS Journey and COMPASS Quest programs with their associated grants for debt reduction and retirement savings, inviting Canadian Nazarene ministers to participate, as well as developing fundraising plans for the long-term sustainability of the COMPASS matching grants. The proposal also contained goals for training district leadership to host district True North Retreats for all their ministers.

In the meantime, plans were made to host an Authenticity in a Culture of Masks retreat on the Kansas City district. The retreat was held in September 2019. While the number of participants was lower than expected, those that did participate reported that the retreat was life changing and that it facilitated crucial conversations. The materials that were used, as well as a Leader’s Guide, were shared with the other ECFPL grant recipients and made available for download from the COMPASS Initiative website.

As 2019 drew to a close, Lilly Endowment accepted the denomination’s new grant proposal and gave the Church of the Nazarene a second grant for $1 Million to implement the new proposal. An additional 30 ministers applied for the COMPASS programs during 2019, and a total of more than $285,000 in grants was disbursed to ministers who completed one of the COMPASS programs. The COMPASS Initiative staff also began preparations to launch the COMPASS Initiative in Canada in 2020.